Home >> Shower >> Can Two Showers Run at The Same Time?

Can Two Showers Run at The Same Time?

As we become older, we understand how valuable time is. Similarly, we recognize the value of efficiency and wish to make the best use of the resources we have. If you’re developing or moving into a home with multiple showers. It’s natural to be concerned about plumbing issues, such as running many showers at once.

In this article, we will discuss the reasons behind the reduction in water flow. In addition, the methods to minimize this effect while running two showers simultaneously will also be discussed. You will come to know more information if you go through this article. So, keep reading.

Can Two Showers Run at The Same Time?

If you’re wondering if can two showers run at the same time, the answer is yes. However, it also comes with certain side effects. Let us explain.

Though two showers can run at the same time, you won’t get a proper water flow through them. One shower running at one time will give you the required flow of water. If you start another, there will be pressure and volume loss in both of them.

The greater the volumetric flow rate at constant pressure, the greater the friction loss. When two showers are turned on at the same time, the flow rate of water at two pipe ends increases. This increased flow rate is yet another cause of pressure loss of water, when using two showers.

How to Maintain Water Flow in Both Showers Running Simultaneously?

It is possible to maintain a decent pressure of flow on both showers running at an instant. Methods that you need to follow to get this result are:

The size of pipe coming into your house is normally 1 inch or ¾ inch. After that, it enters into a ½” pipe of your home. This reduction in ok pipe size will cause at least 75% pressure and volume loss.

So, you have to upgrade the pipe leading to your bathroom to ¾”. As a result, it will increase the pressure at each shower head.

The output of a good pump is usually 5GPm. A showerhead generally uses almost 5GPM. So, if you use two showerheads, the output will be 2.5 GPM.

That’s why for maintaining 5 GPM per showerhead, you have to upgrade the good pump. You also can add a water storage tank to increase it to a minimum of 10GPM.

On the other hand, the thermostatic valve has separate volume control for every shower head. If you use this, it potentially increases the pressure and volume in each showerhead.

Showerheads with lower GPM operate under high pressure. Because the internal space of that shower is tighter.

Can I Run Two Showers On The Same Water Line?

You can add two shower faucets on the same water line. But, the water pressure in both faucets will reduce while operating both at the same time.

If you want to maintain constant pressure, you have to use a large supply pipe. Besides, the parallel arrangement can also help you in this case. But you’re still bound by your residence’s water supply size and pressure.

You should use low-flow shower heads for water saving. Moreover, you can also check the size of the water supply line, water meter, and water meter union. Then, try to increase the size if possible.

The main water supply must have an installed pressure regulator. Now, try to measure the static pressure downstream of that regulator. Then you can decide if you e the regulated pressure.

Is It Possible to Run Two Electric Showers at the Same Time?

An electric shower consumes a significant amount of energy. As a result, it heats the cold water and supplies warm water through the shower head.

Electric showers can be of various shower amps and wattages. These varying rating powers ensure the desired flow of warm water.

Can I Run Two Shower Heads Using One Valve?

½” supply tubing is sufficient to supply an ample amount of water to both shower heads. A showerhead can supply a maximum flow of 2.5 GPM. A supply tubing of ½” can feed 5 GPM. In this case, supply tubing must not have too long a run, flow restriction due to corrosion, and too many twists and turns.

If the valves pass through is above 5GPM, it can feed the two showerheads. So, you can run two showers at once easily using one valve.

On the other hand, the supply tube may have many flow restrictions. In this case, you have to use showerheads with less flow-through.

Can I Run Two Showers With A Combi Boiler?

Combi boilers provide both central heating and hot water in the same system. We won’t recommend you to operate two showers at once with a combi boiler.

You will be able to run one shower at once because the first one will lose water pressure after opening the second shower. Two showers of very low flow might be possible.

It is not allowed to use a pump with a combi boiler. Thus, the solution to this problem is not cheap and easy. You will need to fit high flow multi-point for running two showers.

In this section, we will cover some of the most frequently asked questions relating to the issue.

What Causes Bad Water Pressure When Two People Shower at the Same Time?

For one shower, the flow rate is not high enough to create great pressure loss. But, when two people shower at the same time, the water flow rate will be high at the pipe ends. Thus, greater friction loss will occur, which will cause bad water pressure.

Can I Run Two showers Off One Pump?

Yes. You can run two showers off one pump. Just make sure that the pump you used is powerful enough. Moreover, the cold water tank and hot water cylinder have to be large enough to keep up the desirable supply of water.

So. can two showers run at the same time? As you can see, running two showers simultaneously without pressure loss is not possible generally. You will get a very poor water volume and pressure if you do so.

But, you can solve this problem by using a few techniques. If you follow those ways, you will get decent water flow in both showers. Still, you will get less flow than the flow that you will get if you run only one shower at one time. 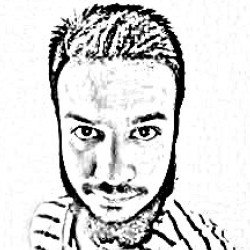 R. Hossain
R. Hossain is the founder of HouseOwnersGuide. He has lived in a rented house with her parents since childhood. His dream is to build a house and live with his family. That is the context of making this blog.